My VeryVera Journey by Jessica Lawson 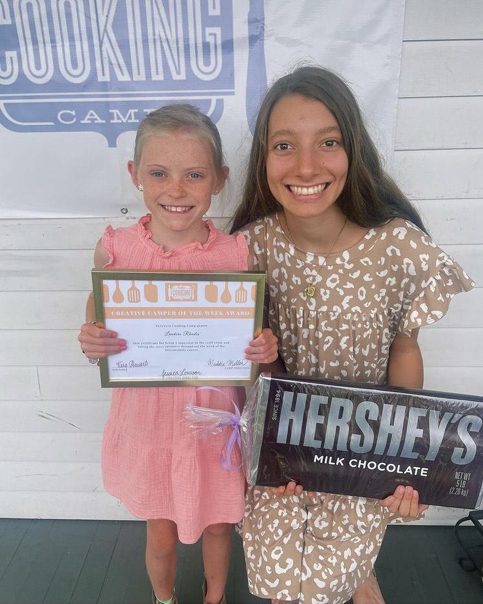 Hello! My name is Jessica Lawson, and I am a senior at North Augusta High School. I just finished up my third summer working at camp, and I absolutely love it! It is such a wonderful program where both campers and counselors learn so many valuable life skills. My grandma first signed my cousin up for camp in 2017 because she really enjoyed cooking. I thought it seemed neat, but not really my thing. But after hearing how much fun my cousin had, I couldn’t wait until the next camp so I could go. It is crazy to me to think back to the first time I walked into the cottage at 12 years old for the Thanksgiving Saturday Camp in November of 2017 and how I had no clue what I was walking into. Little did I know that the best camp I’d ever been to and my first job were lying ahead of me. This was such a great experience, and I’m so jealous of the kids that started coming when they were 6 years old! 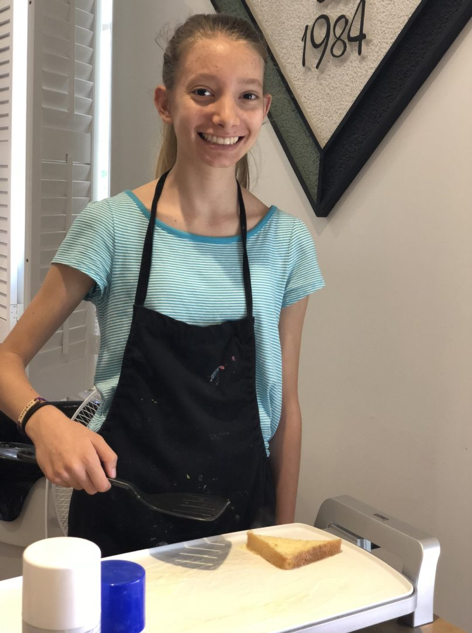 The memories from camp are endless, and I truly hope current campers leave the Cottage each day feeling the same way I did. To begin with, I stayed at my grandma’s house for a week the first summer I came to camp, which was the longest I’d ever been away from home without my parents, and I definitely thought that was the coolest thing ever! In the kitchen, I cracked eggs, learned how to flip french toast on the griddle, and learned proper mixing techniques. One of my favorite memories from this camp was when we had a contest on which group’s french fries tasted the best. We were able to pick a partner or small group, and were given tons of options of spices to use to season the fries. After the fries were finished baking, we tasted a fry from each group and voted on our favorite. It was so interesting to see how different spices tasted and what it tasted like when these spices were mixed together. As an added bonus to this activity, I was more than happy with my group’s third place ranking. 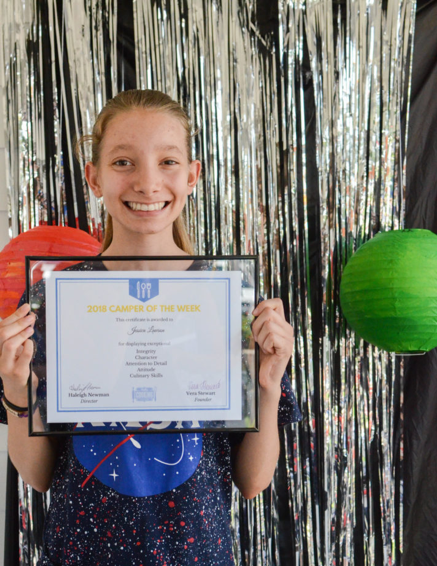 In the education room, we learned about nutrition, a proper table setting, manners and table etiquette, and several different napkin folds (a favorite among most campers). I was very excited to go back to my grandma’s house each day and fold our napkins for dinner the way that we learned at camp! In the craft room, we learned how to reuse materials to make something new, and got to express our creativity while making products to be used for the banquet and other fun activities. At the end of the day, I learned a VeryVera tradition: practicing our introductions. All of the campers stood in a circle and we had to introduce ourselves one at a time in front of every other camper and counselor. While it was a little intimidating, the skill of speaking in front of others first given to me by VeryVera comes in handy very frequently. Communication was one skill that every counselor seemed to have mastered, and this was one of the many reasons why I looked up to the counselors so much, and they were everything I wanted to be. 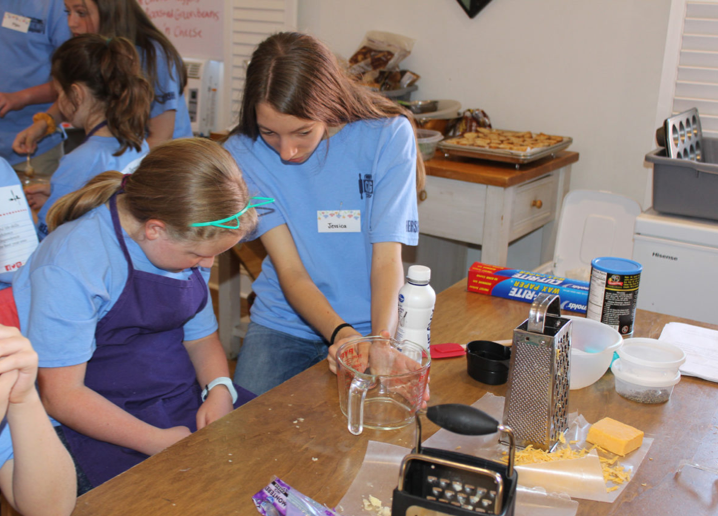 After only two years of coming to camp, I was unfortunately too old to be a camper anymore, but I was very excited for the potential opportunity of being a counselor. It was hard to imagine myself becoming one of those people I looked up to so much. I reached out to the camp director at the time and was accepted to work a couple weeks that summer as a junior counselor. To say the least, I was beyond excited for the opportunity. I knew that many of the counselors were campers that had been coming for years and years, and I am so thankful that Vera saw some potential in me despite only having been to camp a couple of times. I ended up working four weeks that summer and loved every part of it. The interactions with the kids made each day so enjoyable. That fall, I continued working during Saturday camps, where I continued to love what I was doing. The next summer, I was promoted to a lead counselor in the kitchen, which was once again another opportunity I was thrilled about. I continued to learn so much from that role. Last school year, I started working after school preparing everything for all of our Saturday camps. This was a big task, but I am so thankful that the task was handed to me. Working more “behind the scenes” taught me many more aspects of the business that I was really interested in. I also became the lead in the craft room, which I enjoyed a lot more than I expected too! I’ve never considered myself as artsy, but through this I realized I kind of am! I continued as the Craft Lead through this summer, and I loved getting to know each camper and see their creative side! I am once again working after school this year planning and preparing for each of this fall’s Saturday camps, and I’m very excited for how they will turn out. 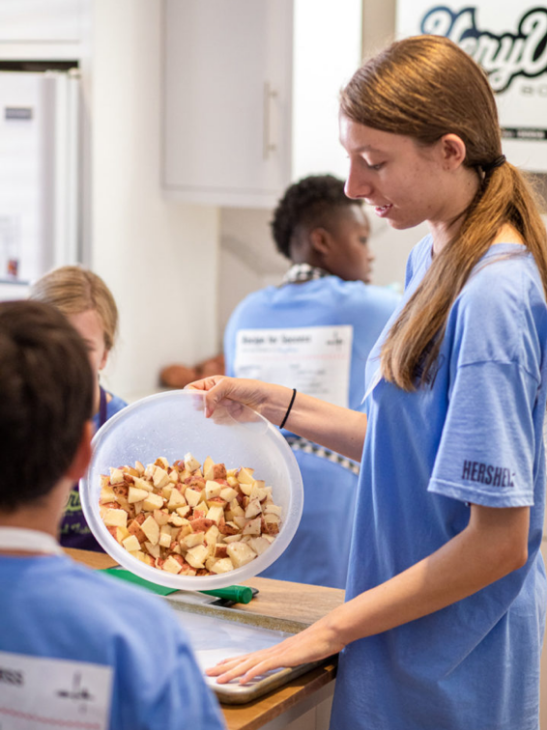 As a hopeful future elementary school teacher, I could not have had a better first job to prepare me for my career. Not only will the communication skills I learned be very useful when I’m running my classroom, but being a counselor is what guided me to make the decision to pursue a career in education. As a little kid, I always set up my stuffed animals and played teacher and would read to them, and for a while I was certain I would be a teacher when I grew up. My freshman year biology class got me really interested in biology and anatomy, making me consider going into the medical field as a doctor or physical therapist. However, even after my first summer at camp, I knew teaching was the correct path for me to go down. I truly enjoy leading the kids in their activities at camp and getting to bond with them. It is especially neat when the campers that return year after year get to know you pretty well too. I look forward to several more fun and successful years of camp at VeryVera!